Get fresh music recommendations delivered to your inbox every Friday.

This Album Is Not For People

by God's Gift To Yoda 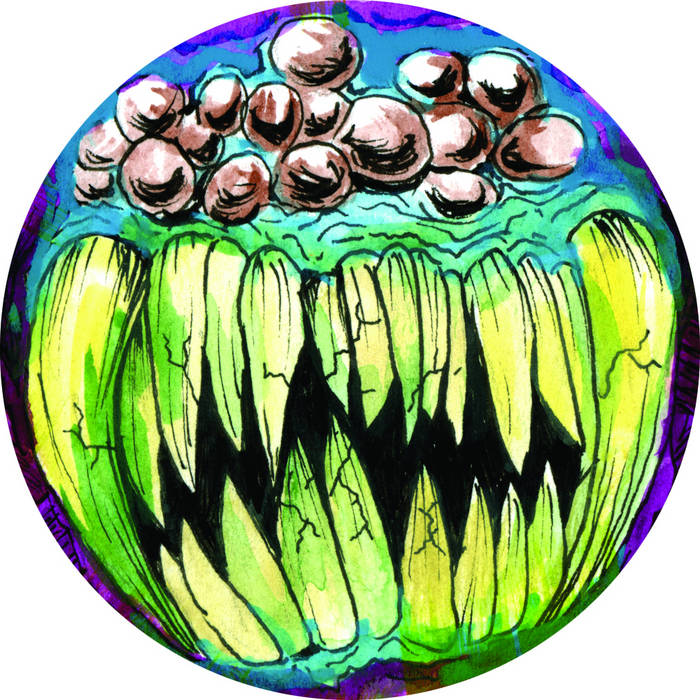 God, Yoda, these archetypes run through our society like bran. God's Gift to Yoda, on the other hand, is a more arcane entity, existing outside of the archetypical musics such as rock, jazz and that dreaded word fusion. Have you ever watched Mulholland Drive? I didn't, but if I had, I would definitely compare God's Gift To Yoda to a David Lynch film. A post-modern hoity-toity pastiche? No. Some scenes in this metaphoric movie might include nostalgic sepia-toned slow motion "good times", heavy metal soundtracked beach mishaps, and a non-fusion-post-bop-modern-jazz-rock-opera. However, you won't find ironic detachment with God's Gift To Yoda. You'll find comic book burst balloons of SPACK! GACK! BAM! FZPHT! and that's just during a sound check. Fortunately you have an opportunity to find out what they do sound like on their new album, This Album Is Not For People.

It is a well recognized fact, that in most instances, except maybe rashes, that two is better than one. In the case of God's Gift To Yoda, the twofer comes in the form of guitars, operated by Harley Card and Don Scott. While recording This Album Is Not For People, they shared monitors, choosing to blast each other in the face with effects, rather than using headphones behind closed doors like most people with good manners. Bassist Michael Herring and drummer Nico Dann both showed this discretion, but that might have been because of the channa roti consumed prior to recording that forced them into quarantine. Do you like vacations? This album was cajoled into existence in the Musokas, a vacationy district with a real lake north of Toronto. Despite one minor scare with a water snake, the band used their time there constructively, constructiving "evil seagulls" and "cowboy vs patchchord," amongst other musical interludes to their espressos.

Most albums measure 5 1/2" x 5"-ish, but God's Gift To Yoda decided that was not going to be big enough to contain all of their album thank-you's. After a short tutorial about font size, they quickly learned that their DVD sized CD had lots of blank space. They out-sourced that cover-space to Kevin Parnell and Pete Thorne, who turned it into a comic, which has a clear beginning (with foreboding) and comes to a clean dun-dun-dunn when done.

FACT SHEET - THIS ALBUM IS NOT FOR PEOPLE

- album includes 10 original tracks by all of the God's Gift To Yoda members.

- mixed and mastered by James Paul at Rogue Studios.

Bandcamp Daily  your guide to the world of Bandcamp